The 3rd of February saw the third day stages of matches in the Abu Dhabi T10 Super League. With sparks flying from the first day of the group stages, the tournament has reached a very exciting point.

As per usual here is a quick recap of yesterday’s matches. The first match of the evening was held between the Qalandars and the Maratha Arabians which was won by the Qalandars by 4 wickets. The Qalandars set a target of 104 for the loss of 6 wickets while the Maratha Arabians wrapped up in 101 for 5 in 10 overs. Sohail Tanvir of the Qalandars put up quite a show by claiming 3 wickets from just 2 overs. The second match of the evening was held between the Delhi Bulls and the Pune Devils. The match was won by the Delhi Bulls by 8 wickets. Pune Devils set a mere target of 57 for 7 which was easily triumphed by the Delhi Bulls in just 4.4 overs. Ali Khan played an exceptional innings for the Delhi Bulls claiming 3 wickets in just 5 balls. The final match of the evening was fought between the Northern Warriors and the Deccan Gladiators. The match was won by the Northern Warriors by 3 runs. Azam Khan was the highest scorer in the matchmaking 54 runs from 22 runs. Fabian Allen for the Northern Warriors became the highest wicket taker in the match claiming 2 wickets in just a single over. 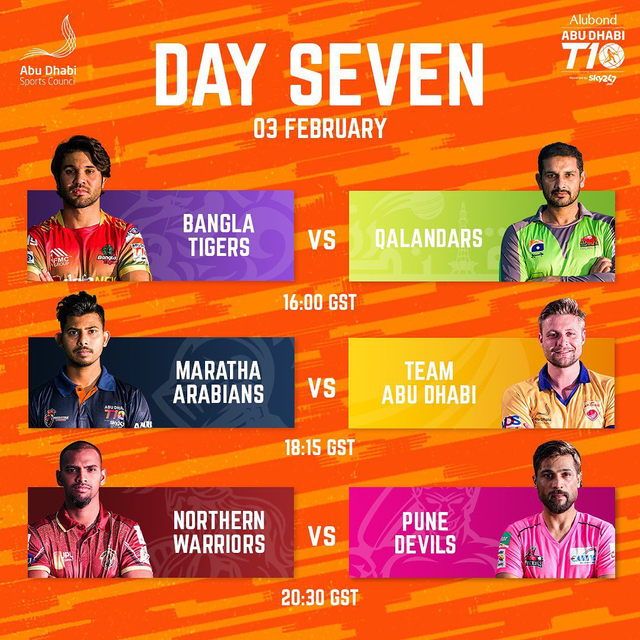 Wrapping up the third day of the Super League stages, hers is a look at tomorrow’s fixtures. At 1730 hours, the first match of the evening will be fought between the Deccan Gladiators and the Maratha Arabians. At 1945 hours, Qalandars were up against the mighty Delhi Bulls. The final match of the night is scheduled at 2200 hours between Team Abu Dhabi and the Bangla Tigers.

FairPlay News is the top destination for cricket and sports fans from all around the world. The true home of the Abu Dhabi T10 League and an official sponsor for the Maratha Arabians, FairPlay News aims to make sports and online betting fun and safe again. Visit FairPlay News today and always be on the top of your game.